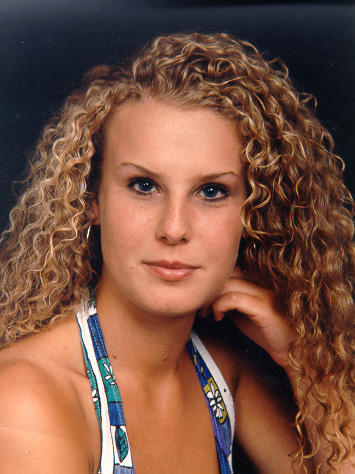 It was dark when she spoke to me.  I was sound asleep.   That cry in the night as her water broke woke me up.   We were miles from the hospital and I had just finished a 18 hour shift on patrol.   Now after only 3 hours sleep, I could barely understand in my dark hole what she was trying to tell me.  "Honey.  Help me."   "Damn, what is it?"   Then as she explained what happened, I came FULLY awake!  I jumped out of bed, pulled my pants on while asking her if she was OK and if she needed any help dressing.  She said no, and calmly dressed.   I could tell however that she was in labor, her breathing and those urges were racking her small frame with tremendous pressure.

I hurried out into the snow after dressing, starting the car and letting it run as I went back inside and gathered the prepacked suitcases.   She was there, bent over in a kind of painful way and said she thought there may be a problem....  A problem...?

Damn! I was worried.  The doc had said it could be a hard birth and maybe even a breach.   I helped her into her coat and then down the icy steps into the snowy night, to the GTO and into it.   We then began the long drive to the hospital.

The roads were a mess and slick as hell.  We kept going, hitting the interstate, and then opening up the throttle as my wife began to cramp with a passion...

We arrived quickly after that at the Air Force Hospital.  No attendants on duty, I rushed over and grabbed the wheelchair, helped her in,  then pushed her inside as quickly as safely possible.  I yelled down the hall to get someones attention and they came running.

Then off she went behind closed doors and I was left standing.  Still standing 20 minutes later, the Doctor came out and told me, "She is having a troubled birth and will require cutting to let the child out."  Holy Shit! I thought.  How much cutting he didn't say as he left me in a hurry.  Cutting?  Holy shit.  What does that mean.  I was worried as hell and then the yelling started.   Damn! Were they killing her.  I almost went in that remote room, ready to kick some serious ass.  But, I held myself in check.  This was the USAF Hospital and they have always known what to do when we had an emergency.

The yelling kept on for almost an hour.  Really horrible to hear

her suffering like that.  I was a mental wreck.   Then the doctor came out and told me to go two doors down and see my new daughter.  He said she was fine.  He also said my wife was OK, but they had some serious work to do to keep her from hemorrhaging further.

I was torn by my love and worry for my wife and my desire to see my new daughter.  But, there was no further yelling and the silence only deepened my anxieties.   Why don't they come back and tell me what is happening.  I walked down the ward and looked at the new borns, but there were so many, I did not know which was Kelli.  After an hour further, and still no word, I went into the closed doors and to hell with anyone who tried to stop me.

A nurse was there and I asked how my wife was doing.  She said they had stopped the bleeding and that I could now go in and see her.

I entered the room and at first all I could see was white.  Everything was white and blazing in white light and then in the middle of a white bed, was my love.   She looked terrific even though she was horribly weakened.   I walked up and took her hand and held it. She opened her eyes and smiled. It was a strong smile, the kind of smile I expected from my gal.   Then a nurse came into the room and in her arms was a little bitty thing.  Not making a sound, but moving tiny arms and legs in a kind of playful way.  She put our daughter into Kate's arms and that caused her to tear.  Then after a few minutes Kate told me to take her as she was too tired to hold her any longer.

That was when I held my daughter for the first time. She was amazing in her small way.  Just a tiny little thing with jerky movements and closed eyes.   Then, a small yawn.

It was then I knew everything was alright and that my family had weathered this storm in life.  I shed some tears......

All rights reserved, © Chuck Johnson. Copying without permission for non-personal use is forbidden. .


I know the feeling well of watching a loved one struggle through childbirth, and a c-section...then the joy of holding that tiny new life when everything finally calms. 17 years ago, I was in the operating room with my daughter (who was only 15) when they did the C-section to save my grandson. We nearly lost them both. And I spent time on my knees in the waiting room as they rushed him into the neo-natal care unit and stitched my daughter back together. It was one of the longest times of my life waiting for them to come tell me they were ok, both babies! I am so happy for you and your wife. Good luck in the contest. I loved reading this. Karen

I felt the tensions as your story unfolded and an anxiety similar, but by no means in exact resemblance as yours, just seemed to cloak me as I withdrew deeper and deeper in the account of your daughter's birth. I am so glad that everything turned out well for you, for Kate and for your daughter. I know what a proud father you are. Thank you for sharing with me such a special and moving moment in your life.
♥ Kimberly

There is emotion in every line of your poem here, your anxiety and feelings of fear come through so well, childbirth is a very emotional thing, yet when all is completed and the child and mother have both come through it all well, the tenderness that wells up into the heart is impossible to explain!

You have written this very well and its something you can be very proud of. Its good to understand a little of what fathers must go through then awaiting the birth of their children.

Chuck, what a wonderfully written poem, this is so rich in realization of life as it happens, i am truly happy that all is well, i shed to many tears of sadness today great write and poetic..